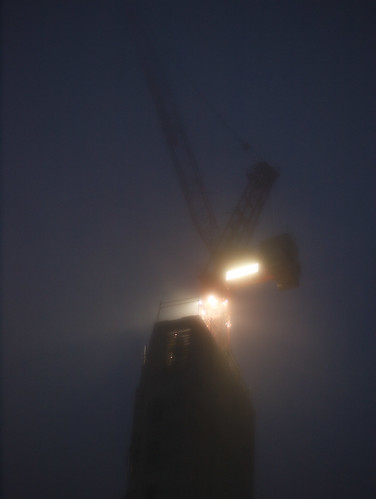 It was taken in Southwark, near London Bridge, way back in 2011 as they were building the Shard. I don't believe it's actually the Shard though - I think the core you see being built here is the building just north-west of it, somewhat smaller. I recall taking this from the high walkway that takes you from London Bridge across Duke Street Hill towards London Bridge and the Thames. It's from the same day's shooting as Dawn Bus, which was somewhat nearer and therefore less affected by the fog.

No need for much analysis on this one really. The light says it all.