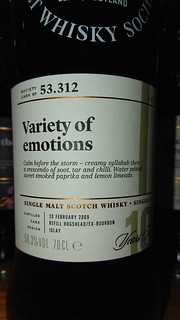 A curious dram. Never quite too hot for me. But also never quite poised enough - that having been said, it was always balanced. Just never poised.

One for winter afternoons.

Personal preference: I’d have another dram.