This is the malt version of the Nikka grain. Also, it should be noted that this dram had a little hat on when at the bar. No, I have no idea why either. But you have to admit it makes a good picture. 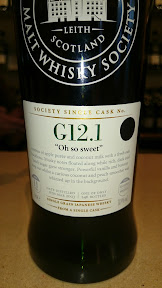 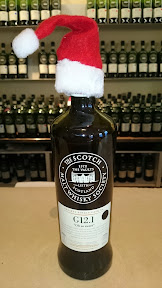 The nose has vanilla, cinnamon, toffee and a touch of pear. The mouth-feel is slightly thin, but not overly thin - a little cling. The body has vanilla, liquorice, cinnamon, soft smokey toffee. The finish is short and sweet.

Water brings out tight, short lived whorling that leaves pleasant mottling. The nose now has more cinnamon and less vanilla - the toffee is softer and warmer. The body has stewed apple and dessert pear, with a pleasant hint of wood spices. The finish is longer, but still full of vanilla and cinnamon sweetness.

A decent dram for a summer's picnic.