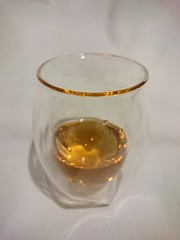 One of whisky's biggest and most interesting Kickstarters was the Norlan Whisky Glass. The idea was to make the best possible glass to drink whisky from, which is a deceptively simple proposition.

A vatted grain (we could call it that back then!), no age statement, 45% abv 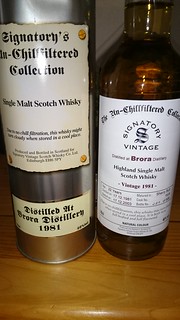 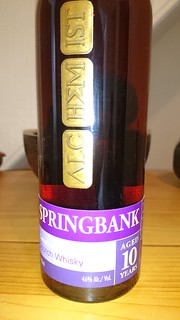 The Flaming Heart is a fine whisky by the excellent folks at Compass Box.

At the launch there was some pyromania: There are a few more photos in this set, but that's the one I like the most.