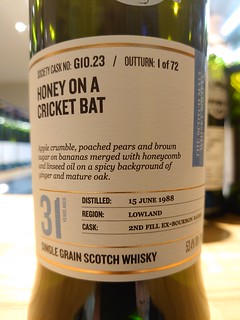 It’s February, so the Gods of Commerce demand their sacrifice to Valentine’s Day. And this list is practically puppy love - a lot of youth, a lot of energy. More of a night clubbing than a candle-lit dinner...

The star of the list is the almost-too-spicy Strathclyde. That my romance with grain continues should surprise nobody, but this is yet another one of those divine noses that combines wood influence and fruit. More of this please! Also demanding multiple bottles is the Glen Deveron, which is a young fruit bomb with a little wood to back itself up - quite delightful.

Whilst the scores clustered around 4, there were only a couple of bottle candidates. One was the hilariously named Ardmore. Nowhere near as sherried as I expected, and nicely balanced, it’s a fun dram with a fun name. The other candidate was the Glen Scotia, which is full of citrus and hints of other flavours - a real joy to pick apart.

Honourable mentions would include the ludicrously named sherry monster that is the Glentauchers, and the destined-to-be-overlooked soft smoke of the Allt-a-Bhainne.

Now if you’ll excuse me, I have to go and get some candles and set the mood. I plan on spending the evening drinking that grain... probably with another grain. I’m really not about sharing... 😉

(Not all the bottles arrived in time for previews, so this is about three bottles shorter than it should be.)

As ever Matt has the rest of the bottles over at The Dramble... 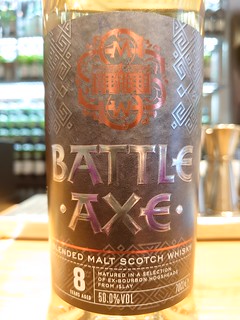 A very pleasant lightly peated dram, which I suspect has accomplished what it set out to do.

One for summer nights, under the stars.