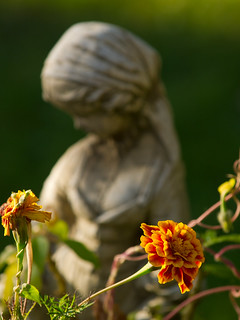 It's the anniversary of the 7th July 2005 London bombings today, and lots of people have stories about how close they were to danger.

That's human nature. A strange kind of braggadocio that we all succumb to - albeit in this case in the noble cause of trying to encourage empathy in all around us.

I was fairly safe. I worked with one of the victims, but can't really claim to have known him well. Our office was on Bunhill Row in the City of London, we worked on different floors. But that day, our department was out on a departmental away day. We were over at Lincoln's Inn Fields, near Holborn.

Over the last decade, on each anniversary's reflections, I've come to think of James Mayes as a person I almost knew. I'd bumped into him a few times, but only exchanged greetings and a few sentences. At our little departmental away day, the intention was to get to know the other colleagues in my department better. We might have learnt how to build a bridge out of six sheets of A4, three paper clips and a pencil. We'd have been bored during speeches. And we'd have done our best to hide our suspicion that most of the team bonding would have been better done in a pub.

(And I'd have certainly been going to the pub afterwards. We had that kind of team, and lots of the other teams in the department were the same!)

But that didn't happen. Instead, on a day when I was to get to know people better, the possibility of ever knowing one of them was removed entirely.

I was a couple of pints and half an hour's conversation away from knowing James. From being on the periphery of his social circles, rather than just being another face at work. From telling jokes, stories and setting the world to rights. It happened with enough other people at work, as it was a very social organisation. And yet suddenly and violently it could never happen.

I have this sense that each loss was not just a loss for their family and friends, but a loss to wider society. In ten years, who knows where James would have worked? Played? Rested?

I'm not going to urge you to rush out and get to know everyone. This isn't a plea to the idea that life must be lived at breakneck speeds.

But when you next remember an attack or a disaster, and you think of those taken from us - think of how easily they could have entered your life. Maybe they were only temporarily a stranger?