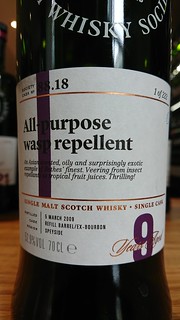 The June list is a quiet one. Which, after the festival season in Scotland, is probably better for our wallets!

Myself and Matt managed to do these tastings together, which is a pleasant change. As such, I’ve got an impression of the whole list – but not full notes for the other half, which as always are available over at The Dramble.

The name “Beautifully balanced” fits nicely – there’s a number of flavour packed drams that are balanced themselves, and across the whole list there’s also some oddball drams that balance each other out nicely.

I doubt that this list will make many that excited, despite having some unusual and less common distilleries on it. But as the weather grows warmer and we all begin to gear up for summer, it’s nice to have a rest with a good bargain, and there’s quite a few of them here due to the lack of big names!

The highest scoring drams I tasted were the lovely lemon-filled Speyburn, and the smokey-sweet Ardmore. Both scored 4.5, and I’d like a bottle of the Speyburn.