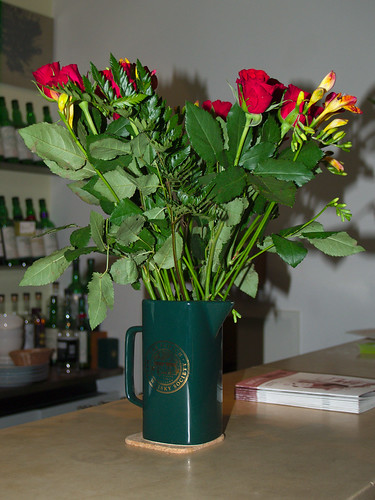 Some flowers that suddenly arrived at the SMWS on Valentine's day in 2007. 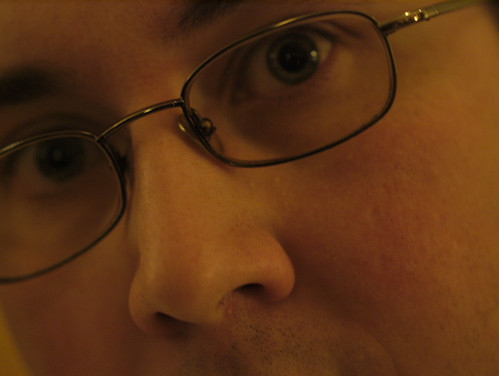 Taken a decade ago, by a friend, in a bar. The photos taken before and after make it clear that they were mucking about with my camera.

I realised that there are no photos of me on my own website, so decided to fix that with this photo. 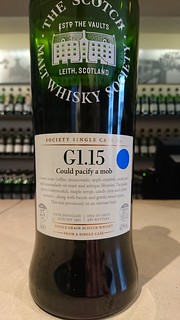 The February 2017 Outturn is odd on a number of levels.

Firstly, there's a lot in the Spicy & Sweet category, so you can expect a lot of the drams to leave me unimpressed - but the list was actually two-faced for me, with as many excellent whiskies as there were spice monsters.

Secondly, some of the bottles are half-using the new bottle style which will come out soon. They ran out of the old bottles, apparently.

Thirdly, and if I'm honest this isn't that odd, we have a selection of crazy woods. The grain whisky matured in an Oloros butt and then finished in virgin oak. The Oloroso butt whisky which was finished in a Pedro Ximinex butt. The Port Barrique finish. And it barely seems worth mentioning the virgin oak and Sauternes finishes, as they're becoming normal by now...

My top pick was predictably the very unusual North British. A wonderful use of wood, a little rum-like but genuinely interesting. A long list of runners up though - Glen Scotia, Bunnahabhain, Strathisla, Auchentoshan, Longmorn, Tullibardine and the Glen Grant all impressed.

Important note: At the time of writing, two drams (the younger Longmorn and the Laphroaig) had not arrived, so these tasting notes are not yet complete. 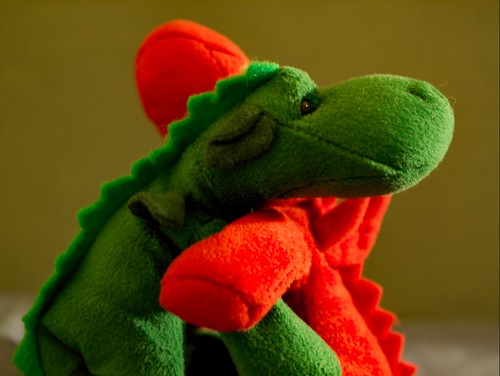 "Give us a cuddle", said a friend when I was moaning about something on LiveJournal.

That was a stupid request, as I naturally grabbed my camera and obliged!

Also, remember LiveJournal? This photo was taken back in 2007, almost a decade ago as I write this. 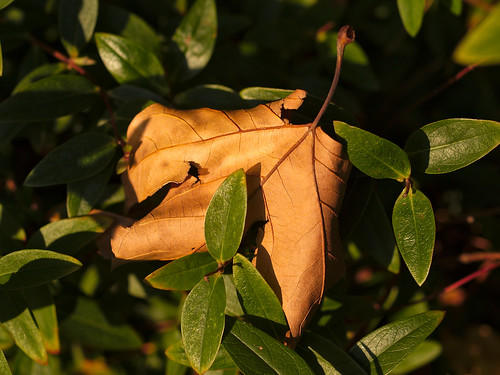 As I post this at the end of January, Autumn seems a long time ago. This particular photo was taken almost nine years ago, so that's moot.

I was importing old photos into darktable, and this one struck me as one that had gotten away... 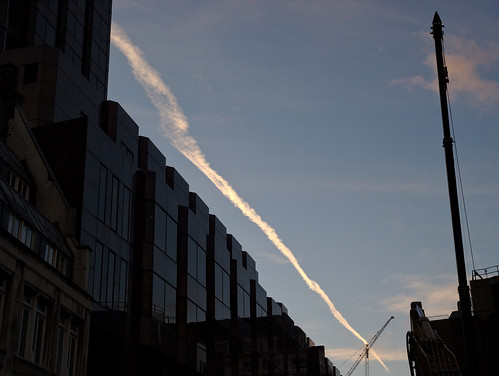 As always, I'm a sucker for a nice alignment, and the contrails follow the building's lines quite nicely. Combnie with some subtle reflections in the windows, and of course I'm going to find this to be the best photo of the day! 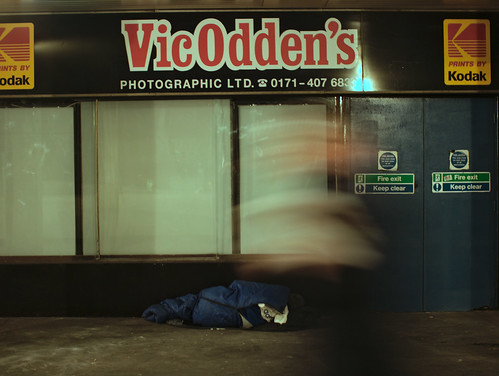 I had an idea for a project about "the invisibles" - about homeless people just being walked past, as though they didn't exist. This photo was taken for that project at London Bridge early in the morning, back in 2007. 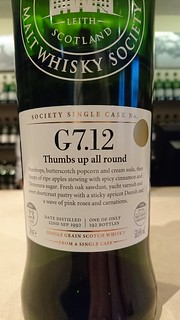 For the new year, the SMWS has started as they mean to go on - with a release of sixteen superb whiskies! 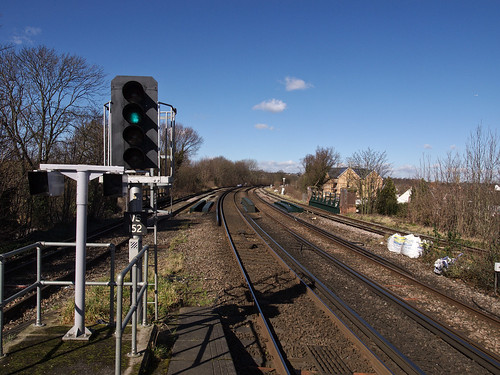 Whilst reviewing some photos, I noticed that the clouds in this one were strangely appropriate. 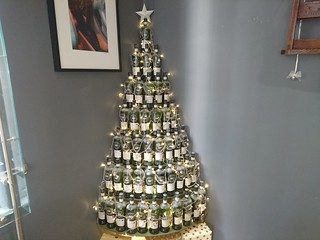 The Christmas Parcels list was an odd one this year.

The individual bottles were great, but the parcels were all flawed - every one had a bottle in it that I didn't like enough that I couldn't consider it. That's the danger of parcels - sometimes great, sometimes frustrating.