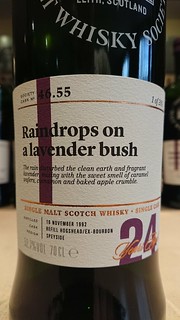 The nose has lavender and lemon, with a touch of honeysuckle. The mouthfeel is thin with no cling. The body has pears, baked apples, lychee and then vanilla and cinnamon towards the finish. The finish is short - vanilla, cinnamon and lemon.